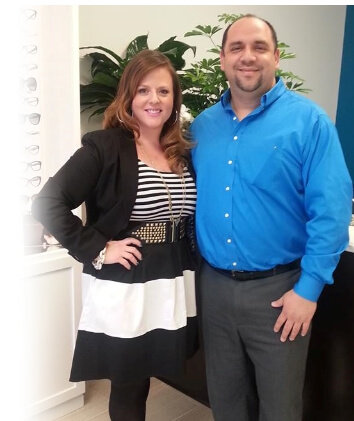 Dr. Eva Merhi is a board certified optometric physician practicing since 2004. She received her Bachelor’s degree in Biology from Florida Atlantic University in 1999 and received her Doctorate in Optometry from the Interamerican University of Puerto Rico in 2004. During her education she was a member of VOSH International, a volunteer organization that provides eye care to people in need in Puerto Rico and the Caribbean. Her connection with this organization resonated deeply and so from 2002-2003 she became the president of this organization where she successfully organized and led more than 15 missions, traveling to the Dominican Republic and Vieques.

Dr. Merhi is fluent in Spanish and Lebanese, and conversational in French. She pride’s herself in being able to communicate “clearly” with patients from different backgrounds and with different needs.